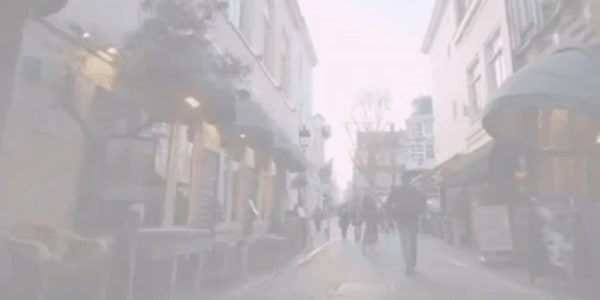 To facilitate your transition into the gig economy, this course on induction systems will help you understand the rights and responsibilities covered under the gig economy workforce and the health and safety training that must be provided.

In this lesson, induction into the gig economy will be explained in detail and why there is a need to undergo this type of training to promote employee engagement to gig economy workers.
Induction Systems for Gig Economy Course - Lesson Excerpt

The gig economy is a relatively new industry.

Working in this industry may not follow the usual workflow and work systems as those in established industries. This course will help new starters understand their place and role in the gig economy.

This lesson will explain: what an induction is; what inductions are for; and what should be covered during an induction.

Why do new starters need to be inducted? Guess and choose the 3 best answers

This lesson will explain the terms and conditions of working in the gig economy. It will cover your rights and the laws governing gig economy work.
Induction Systems for Gig Economy Course - Lesson Excerpt

Welcome back to Induction Systems Training

As mentioned in the previous lesson, the gig economy is a relatively new industry, so laws to regulate gig economy work are still being drafted and developed.

In this lesson, the legal and technical aspects of working in the gig economy will be discussed.

This lesson is important to prevent misunderstandings about the terms and conditions of employment between employee or contractor and the company.

The topics included in the lesson are: The differences between independent contractors and employees in the gig economy; and Terms and conditions of gig economy work.

Sheila is hired to be a rider for a parcel delivery company, named E-delivery in her city.

She downloads the e-delivery mobile app on her phone to accept delivery requests.

She chooses the delivery requests she wants to accept, and she doesn't have a minimum number of orders to fulfill in a day.

While working for ABC delivery, she also makes environmentally-friendly tote bags as her small business venture.

E-delivery will compensate Sheila for the days she is sick.

Let's recap Most gig economy workers are independent contractors. Employees and contractors are entitled to different benefits depending on their contract with the company they work for. Before entering into an agreement with a company in the gig economy, be sure of the terms and conditions of employment. Be physically healthy and follow health and safety protocols to avoid injury or illnesses. Protect mental health by clearly understanding the terms and conditions of employment to avoid worrying about unexpected expenses that may not be compensated. As, already mentioned, the gig economy is a relatively new industry. Because of this, labour laws to regulate the industry are still being drafted and developed. Hopefully, the mentioned labour laws would be soon created internationally to cover the rights of gig economy workers and the responsibilities of companies providing employment.

Your health and safety are our priority. In this lesson, the hazards and risks of the work will be discussed, along with the safe work practices you must follow.
Induction Systems for Gig Economy Course - Lesson Excerpt

Welcome back to Induction Systems Training

The previous lessons discussed what inductions are and the terms and conditions of working in the gig economy.

In this lesson, the health and safety of gig economy workers will be discussed in detail. It will cover: Hazards or risks of the job; Safe work practices; and Personal protective equipment needed.

It is essential to take lessons on health and safety to maintain peak physical and mental health while working.

Take breaks and do not overwork Overworking to earn more money will be counterproductive because it may lead to sickness or illnesses which would require more spending.

Do self-reflection Ask questions such as "How do I feel", "Am I okay?", "Where does my pain come from?"

Read and understand the terms of conditions of contracts Reading and understanding one's work contract will enable one to prepare for unexpected situations, which may allow one to look for other sources of income.

Safe Practices Safe practices may be followed to avoid the physical and health risks gig economy workers face. Strictly **follow **all traffic signs and road rules. Stay alert and focused, keep your eyes on the road all the time. Be **mindful **of other vehicles and pedestrians to avoid collisions. Check smartphones with **caution **and as carefully as possible. Follow the minimum health standards set by the local or national government. Wear the appropriate personal protective equipment.

Which of the following is not a safe practice? Choose the best answer

EdAppEdApp is an award winning, mobile first microlearning platform with integrated authoring and delivery. EdApp contributes training courses that have been created by the in house instructional design specialists.

Sign up free
or book a demo with us today!