Key takeaway: At the start of your Ed campaign, set up a short draw with a lot of prizes in it to create lots of winners and encourage users to keep coming back to the Star Bar.

A problem when offering prizes as motivation (e.g. filling out a form or signing up for a newsletter) is that people don’t believe they can really win; that it’s just a con or that it’s never going to happen to them. When your first users are faced with a “There are no recent winners” message, they might (wrongly) think the same thing about Ed!

Aside from telling your users that in Ed they can actually win prizes, you can create a prize draw at the start of the campaign in which they are more likely to win. This will heighten their engagement and excitement, and exhibit the legitimacy of Ed. After they know Ed’s the real deal, you can slow down prizing to a normal level. 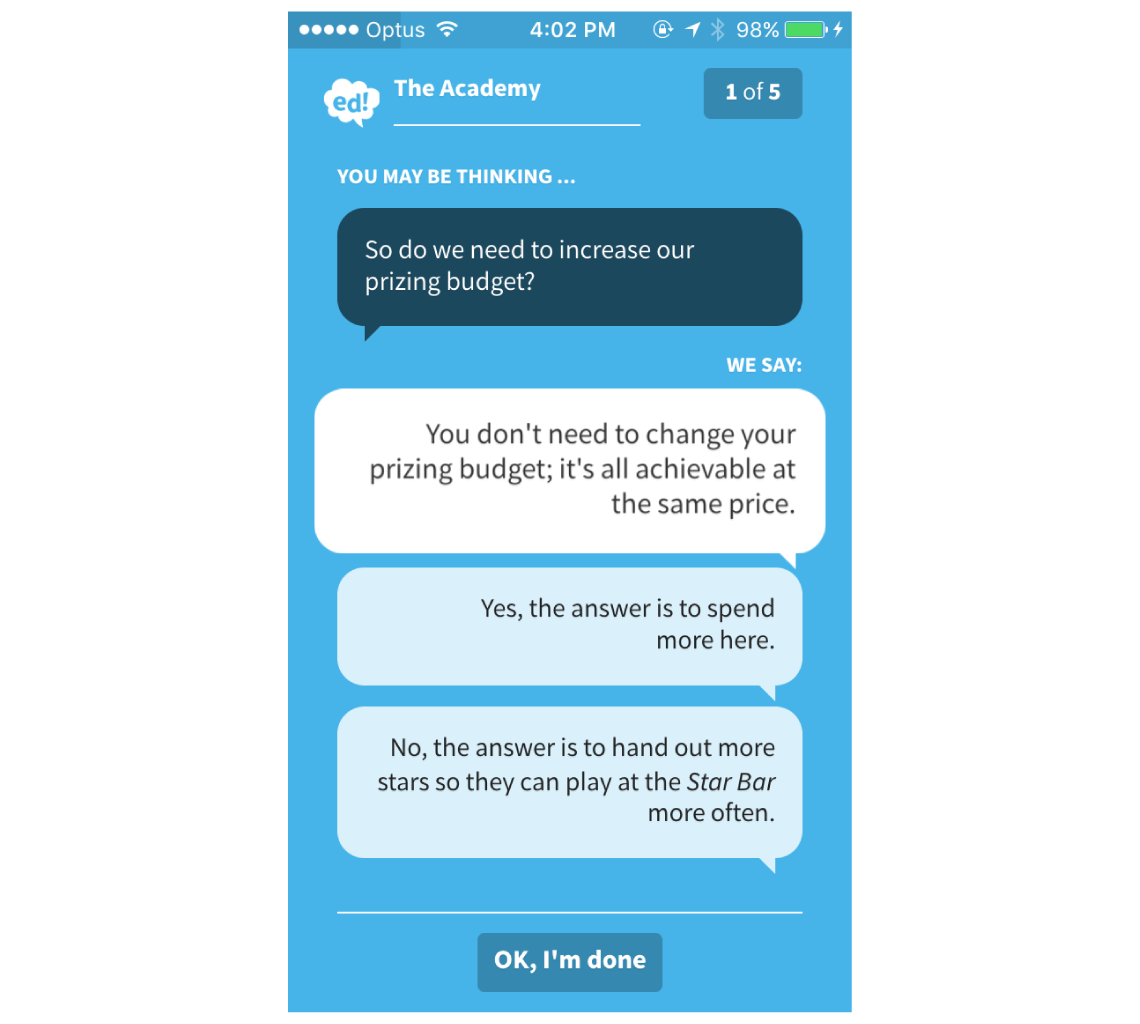 To properly understand how setting up this initial first draw works, you should know the maths and mechanics behind how Ed’s prizing system works. If you’re short on time, then the takeaways are also bullet pointed below.

When calculating the probability of a draw, Ed’s prizing algorithm takes in how many prizes there are in that draw, and how many days that draw has to last. It also factors in the amount of users you have (and updates this number dynamically when new users are added or removed or inactive) and calculates how many stars they are able to currently earn (which also updates dynamically).

From this it creates a probability for the draw which ensures prizes will be evenly distributed over the length of the draw, whatever number of users you have (and however many stars they have). For example, a draw with fourteen prizes which lasts two weeks will give out approximately one prize every two days. Contrastingly, a draw which lasts for seven days with a hundred prizes will give out approximately fourteen prizes a day.

What this means for setting up a draw

To make sure your first draw has a lot of winners, it needs be a shorter draw (i.e. it lasts for a couple of days to a week). While it isn’t necessary, you can also add more prizes to this draw (either by allocating more of the prizing budget to the start of the campaign, or by having more prizes at a lower value). After the first draw is complete and your users are more confident in their chances of winning at the Star Bar, you can set up longer draws.